The Value of Football Stadiums 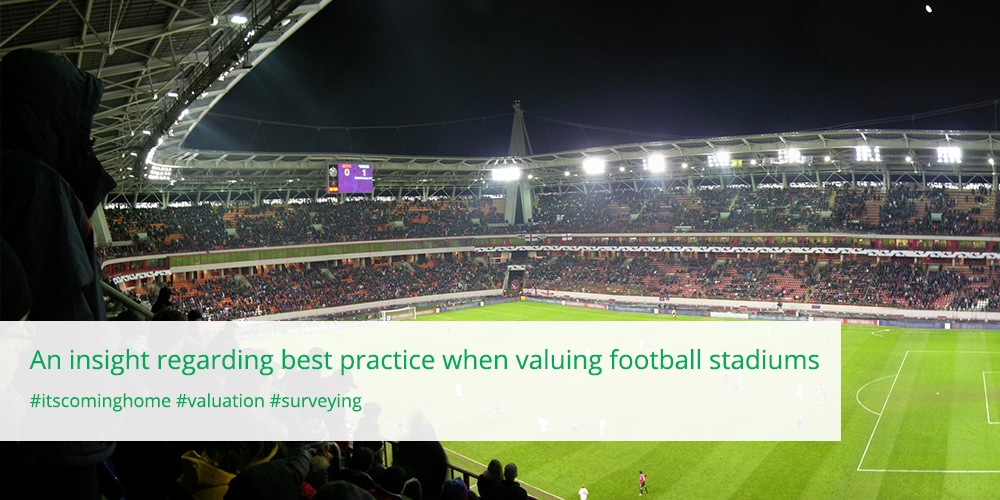 Wilks Head & Eve have worked with various football clubs, supporting them with their stadiums for over four decades for both book- keeping valuation and non-domestic rating purposes. We have had the privilege of representing clients throughout all levels of the footballing pyramid; providing valuation advice on all matters, from the lower league sports clubs to the brand-new, state of the art stadiums and national footballing centres.

What is the best practice valuation method to use?

One of the most common questions we are faced with is “What is the most appropriate method for valuing a football stadium and how reliable is the evidence to support the figures?”

It is no secret that in recent times football stadium valuations have been thrown into the spotlight more than ever before. With closer examination of football club profit and loss accounts and the transfer of assets, we are finding its not always the players but the stadiums themselves that are becoming the talk of the transfer window.

In determining a valuation of any stadium, we have to first begin with the fundamentals and as with all classes of valuation, there is the “Hierarchy of evidence” familiar to all valuers – which has been commented upon in case law. This will help us to decide which method of valuation to adopt.

At the top of the hierarchy is direct arm’s length comparable market evidence. The primary starting point for any valuation is to ascertain comparable market evidence which could be relied upon when reaching an opinion of value. Finding good comparable evidence in property markets is often not easy and is even harder within a relatively closed market of assets from only c.92 occupiers. In many instances any transactions will been entwined between parties and are not considered to be at ‘arm’s length’ – both crucial points within the RICS Valuation – Global Standards 2017 definition of Market Value.

In order to complete a valuation via the comparable method, the valuer must ultimately be able to determine a market rent for the stadium with consideration for size, facilities, age, quality and condition as well as a market yield in order to capitalise the opinion of market rent by. As mentioned above, one of the biggest hurdles (or goal posts) to overcome, is that the market place being worked within is fairly limited to a set number of facilities and the pool of evidence is not that deep. There are considerable limitations to the evidence that is available mainly down to the nature of the market place with very few cases of stadiums being sold to other clubs for use as a stadium (to determine a yield) or even rented out for existing use. Most stadiums which do end up being sold are likely for redevelopment purposes and not comparable on that basis.

There is added difficulty when interpreting the data itself. Not all market data is as it seems and can often be tainted or protected by non-disclosure agreements. In a market so highly motivated by finances, this is not uncommon within the footballing world.

Where details of sufficient and directly comparable sales or market rent transactions are not available, the valuer will have to fall back and seek to rely upon a range of other sources of evidence or relevant information.

Method 2 – Analytical review on the club

An alternative to a direct comparable method may be to complete an analytical review of the football clubs accounts to undertake a form of Receipts and Expenditure Model.

This is no easy task and comes with high level sensitivity risks attached.  The valuation method is dependent on the valuer determining a Fair Maintainable Trade (FMT) for the property derived from a set of accounts, typically over a three to five-year period. It is important that the FMT removes any abnormal income which may be associated directly with the operation of the business and not the property itself. This is a somewhat difficult area and valuer caution should be applied.

Aside from the difficulties outlined above, there are also the inputs which may be influenced due to factors directly from the wider football world including;

With the Receipts and Expenditure Model the valuer is trying to determine what that stadium can generate without the actual football club being in occupation. The answer is not particularly straightforward with there being an extrinsic link between the two – the stadium and the football club itself.

Of course, a degree of valuation caution is advised when reviewing any set of accounts, due to the obvious sensitivity, it is a very common area for criticism and interrogation when it comes to the post-match analysis.

The third method of consideration would be via a DRC. Whilst commonly referred to as the “last resort” for valuers in the absence of any other data or no market evidence to compare to, the DRC method of valuation is deemed, by the RICS Red Book, appropriate to assess Market Value.

The DRC valuation method applies a build cost figure to the site area (usually the capacity of stands) prior to applying locational adjustments, costings, depreciation and land. Historically WHE have adopted this approach in a number of instances for valuations both Red Book and Non-Domestic Rating purposes. Typically speaking, the valuer is seeking to arrive at a cost per seat based upon the decapitalisation of building rates from completed stadia projects. This is derived from the cost of construction from evidence of new build stadia and BCIS online.

Whilst there is likely to be substantially more data relating to build costs available it is critical to understand and consider the stadium costs you are comparing to. To compare a top flight Premier League multi-level stadium with a 1970’s built single tier League One stadium is likely to produce a value wide of the target. Consideration has to be given to all costs, facilities, and additions to stadium sites as they may not all be totally relevant. For instance, a number of new stadiums are being built as ‘community’ projects with vast housing schemes or have significant architectural excess applied to them.

In all cases it is also prudent to examine if any additional expense was required for difficult land scaping or ground conditions or re-routing of infrastructure, all of which needs to be considered and either consistently adopted or removed from the analysis of costs. It is also important to consider the degree of utilisation when valuing on a DRC method which is incorporated into the valuation as a Modern Equivalent Asset. The view can be taken that the value determined is based upon an underlying theory that the potential buyer in the exchange would not pay any more to acquire the asset being valued than the cost of acquiring an equivalent new one designed to fulfil their need at the valuation date.

To account for this WHE would suggest analysis of stadium attendance across a number of seasons to help give guidance as to the actual utilisation on a match day by the club in occupation.

This approach would also be included within other methods of valuation, namely if a property was to be valued via receipts and expenditure

Having completed the cost data analysis and worked these through the valuation applying adjustments for location factors, fees and obsolescence (an area sometimes more questionable than VAR) the valuer will also need to factor in the land elements required for the site in determining an opinion on Market Value. It is, however, always important to remember that ‘cost does not always equate to value’ and the valuers professional judgement will be required to ‘stand back and look’ at this or any valuation model adopted.

As with all of the above, our professional view is that all methods require analysis and dissection as part of a “sensitivity analysis” to establish what if any commonality there is between the methods and establish if evidence can be adjusted to support different methodologies. Careful adjustment and critical analysis may direct the valuer to a view of value supportable by these methods.

Wilks Head & Eve have been completing many valuations on behalf of clients and the experience we have picked up along the way have highlighted that no two stadium valuations are ever the same, due to very nature of the stadiums being valued. Through our work we have sought to enhance a valuation method and approach which in our professional view is fair and provides a reasonable outcome for all parties involved.

For any advice, assistance or just an informal chat please feel free to get in contact at any time. 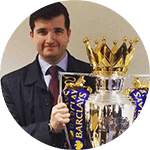